The Lion (al-asad) of ancient Arabia was so massive that it roared from January to May, stretching across three seasons in its pre-dawn stellar settings, according to the rain star calendar of Qushayr. The cold season of winter (ash-shatawi) continues with the setting of the Two Forearms (adh-dhira’an) and then the Nose of the Lion (nathrat al-asad). The setting of the Forehead of the Lion (jabhat al-asad) marks the end of winter and the onset of the warm spring rains (ad-dafa’i). Some weeks later, the Two Shanks of the Lion (saqa ‘l-asad) set about 40 days apart, defining between them the rainy portion of the summer (as-sayf). All of this seasonal rain activity unfolds over the course of about four months, between the morning settings of the two brilliant pairs of stars (its Two Forearms and its Two Shanks) that roughly define the boundaries of the Lion. 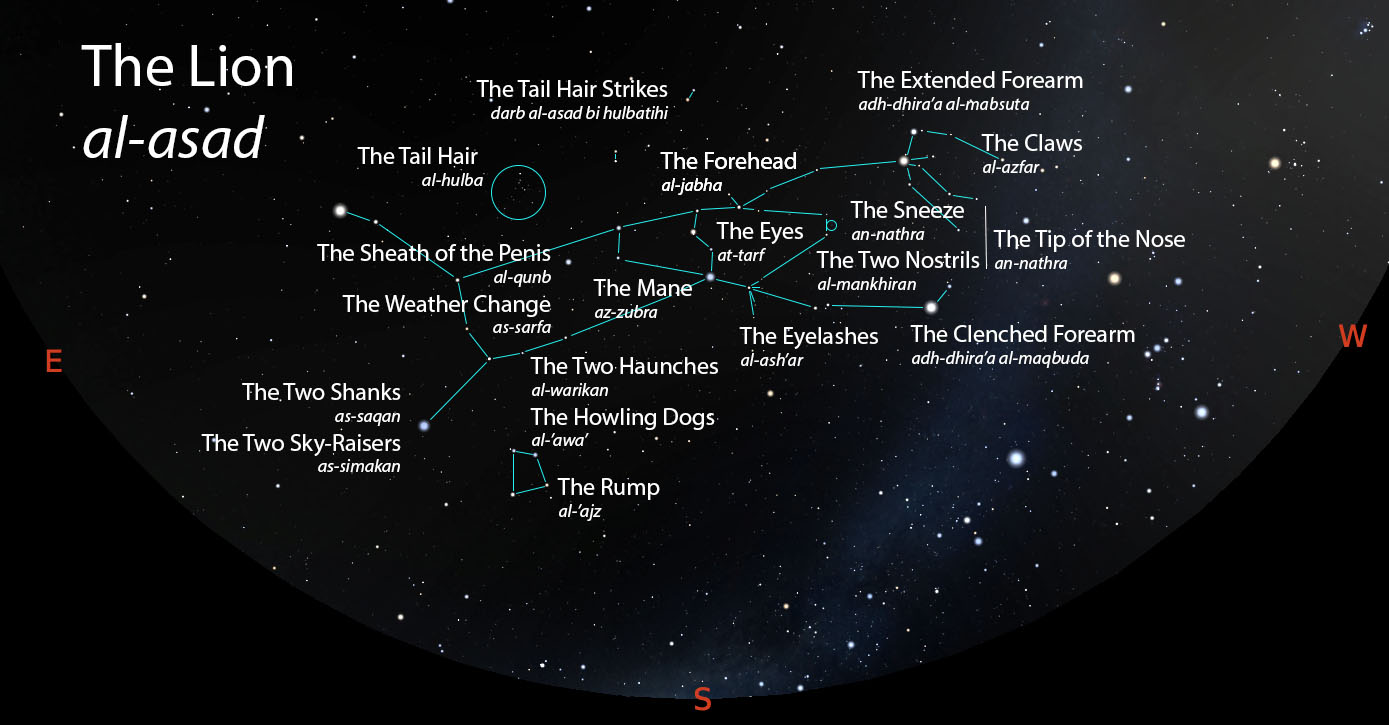 The Arabian megaconstellation of the Lion is much larger than its Greek counterpart, Leo. The Arabian Lion and its elements consume parts of nine different modern-day constellations. At its core is the modern constellation of Leo, which represents only the body of the Lion, from its Forehead to the Sheath of its Penis. Two Forearms stretch outward from this core to the west, and Two Shanks stretch to the east.

The entire Lion, from its Forearms to its Shanks set over the course of more than five months. Today we can expect to observe the Lion setting in the west (about 45-60 minutes before sunrise) from early January to early June, as seen from the latitude of Tucson. Likewise, it rose from late July through late October.