Which constellations can you name? Go ahead, take a moment to

Which constellations can you name?

Go ahead, take a moment to think about them.

Now, whose constellations are they?

You may have thought of constellations like Orion, Scorpius and Virgo. We’ve learned in school that the Greeks originated much of what we call “astronomy.” Then, we’re told, the Arabs preserved this Greek astronomy and somewhat developed it until the Europeans (using Latin as their common language) took the reigns of science again and further developed the same Greek astronomy.

Was the history of astronomy really so linear and monochromatic? Not at all.

We are about to embark on a journey together through ancient Arabian skies. With two different star calendars as our guides, we’ll explore the richness and depth of Arab cultural astronomy in its many forms. Although we will at times touch Greek astronomical traditions, our focus here will be on the large corpus of Arab astronomy as viewed within its own cultural contexts and structures. 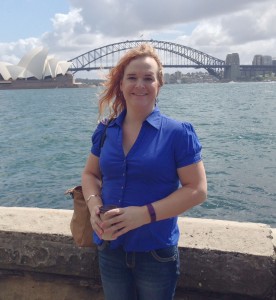 Welcome! My name is Danielle Adams, and I have been observing the night sky since I was 7 years old. Today, I am a doctoral student in the School of Middle Eastern and North African Studies and the School of Anthropology at the University of Arizona, where I study Arab cultural astronomy. This website and its blog are part of a project funded jointly by my two Schools and by NASA through the Arizona Space Grant Consortium.

Later in the academic year, I will present some live star talks in partnership with Flandrau Planetarium and Science Center and the Mount Lemmon SkyCenter. (I will also be available for a limited number of speaking engagements; please use the contact form on this site’s Home page if you are interested.) I am greatly indebted to my academic and community partners, without whom this project would not be possible.

Before we begin our journey next week, please take at look at this site’s About page. On it, you will find information about these topics:

The many tribes of the Arabian Peninsula and beyond were not a homogenous collective. Rather, the cultural material we are about to explore is embedded with multiple layers of meanings.

All you need are your eyes and the ability to wake up before the sun does. This section lets you know what to expect and how to adjust your observations for different latitudes on earth.

Stars in ancient Arabia are best understood within the context of culturally important groups of stars, something I call “celestial complexes.” This website will for the first time present these stars within their native complexes instead of the boundaries of modern-day constellations.

The star calendars, star names and their cultural significance come from my direct translations of Arabic source materials, including poetry, rhymed prose and a specific genre of Arabic texts called anwa’ books.

I am using a simplified transliteration scheme for greatest ease of reading by those who are not familiar with the Arabic script and its sounds.

The sky we see here in Tucson, Arizona, is just about the same desert sky that Arabs have observed for millennia – two deserts sharing the same sky. It is my hope that this website and blog will generate greater understanding of Arab astronomy and a new awe and fascination of our universe. Be sure to subscribe to this blog with your RSS feed reader so you’ll know when new posts appear. I’m really looking forward to beginning our journey together!